My name is Kali 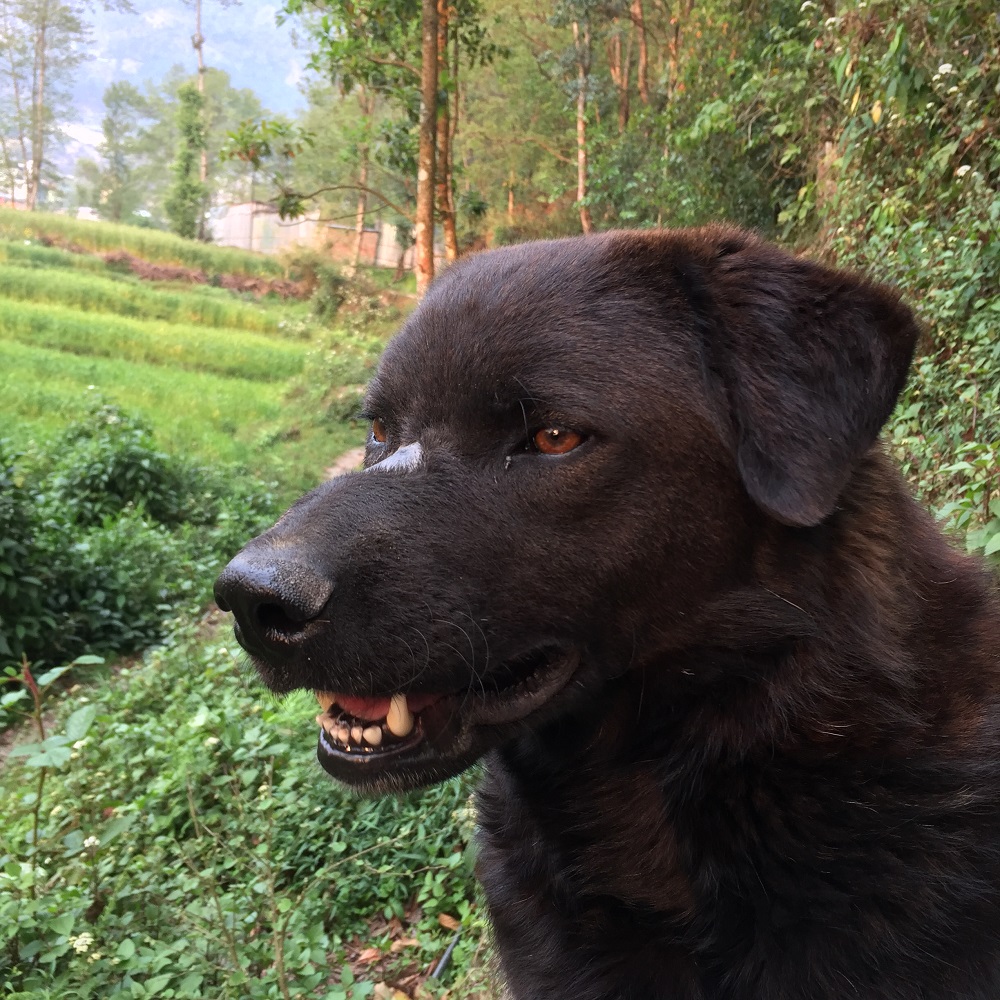 My name is Kali and my story is difficult to talk about.

Back in November 2018, the cold winter months were well underway in Kathmandu and most of the inhabitants of the city were lighting fires to keep warm, wrapping up in blankets and sheltering from the elements.

Living on the streets, I was not so lucky. Life was already hard. As a male dog, I was always having to defend myself from the attacks of others, and the competition for food and territory was desperately fierce. While searching for food and trying to survive, I had attracted the attention of a group of boys who wanted me to leave their community. They threw stones at me and one badly injured my face. I ran away terrified and bleeding and receiving no medical care, my wound grew worse and worse. It became infected and maggots started to eat my skin. I was cold, alone, in pain and waiting to die.

Suddenly, out of the blue, everything changed. I was noticed by a member of the public who had heard of KAT Centre’s work and she sent a photo of me to their team. It was a Saturday at the time, and the ambulance driver was not there. One of their staff called Rabi came and collected me and carried me in his arms as he drove me back to KAT Centre on his motorbike. I was amazed by his kindness, I had never experienced anything like it before.

My treatment lasted for around three months. When I was found, the maggots had eaten away a lot of my nose and the bone was showing through. Now, it has almost completely healed and just a small scar remains, as you can see from my photos. I’ll never forget the years I spent on the streets and I still have a very guarded attitude, but I know that I am safe at KAT Centre and I have a good life, being fed and given shelter while still having freedom to roam around.

My story and the photos below speak for themselves. KAT Centre picked me up at my lowest point and patiently nurtured me back to full health, all without asking for a penny. Please sponsor me so that I and others like me can continue to be touched by their compassion. 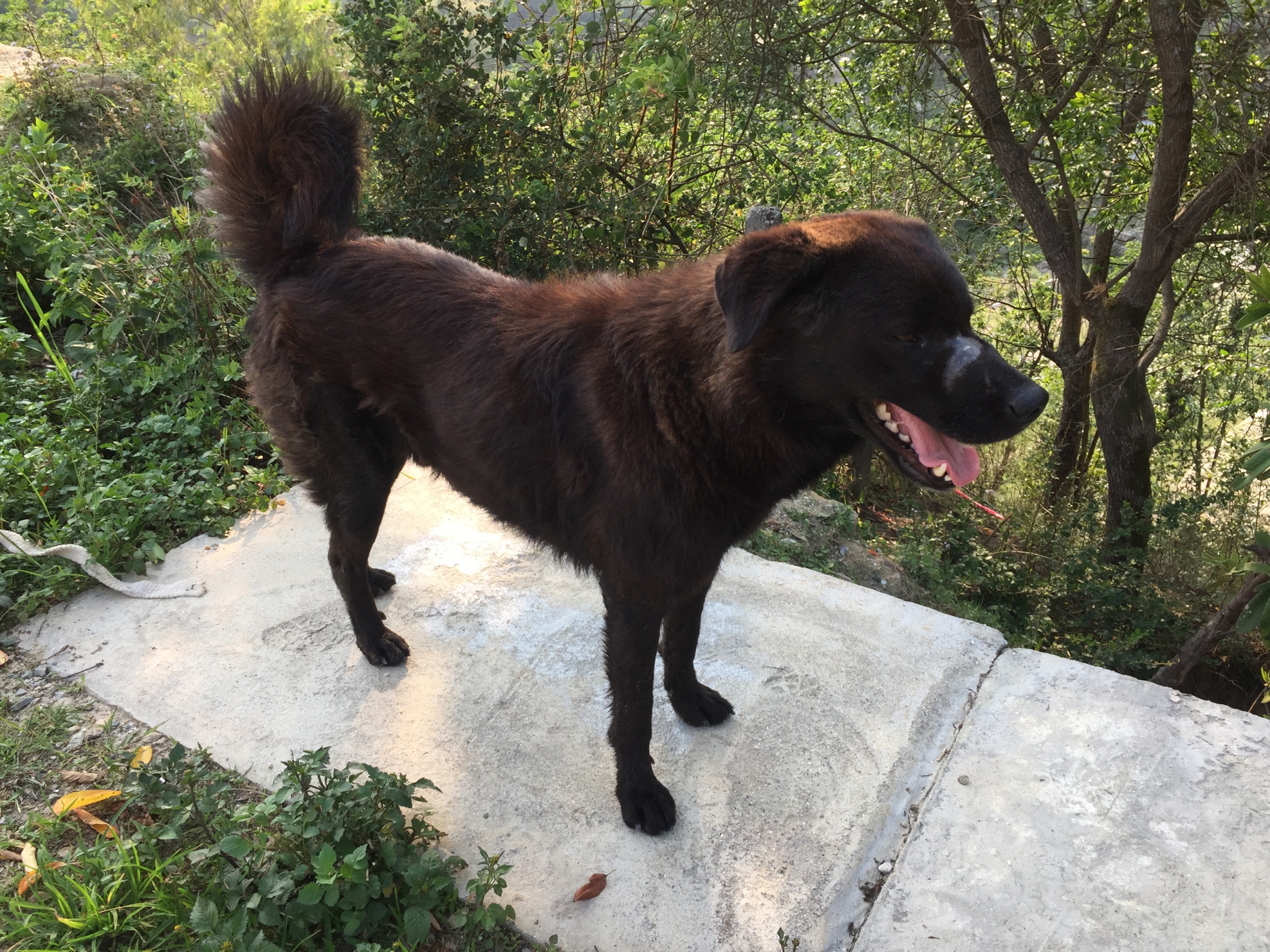 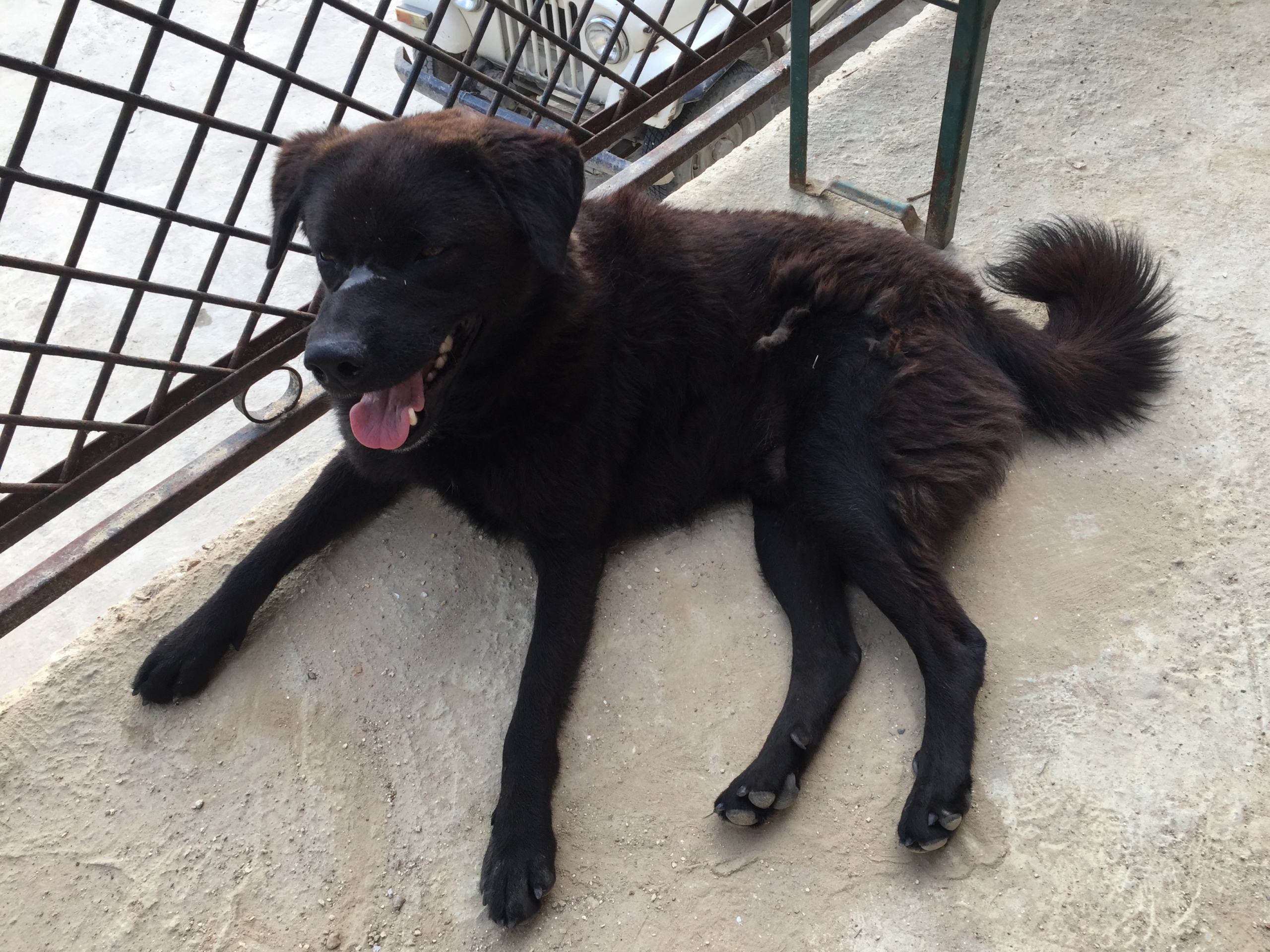 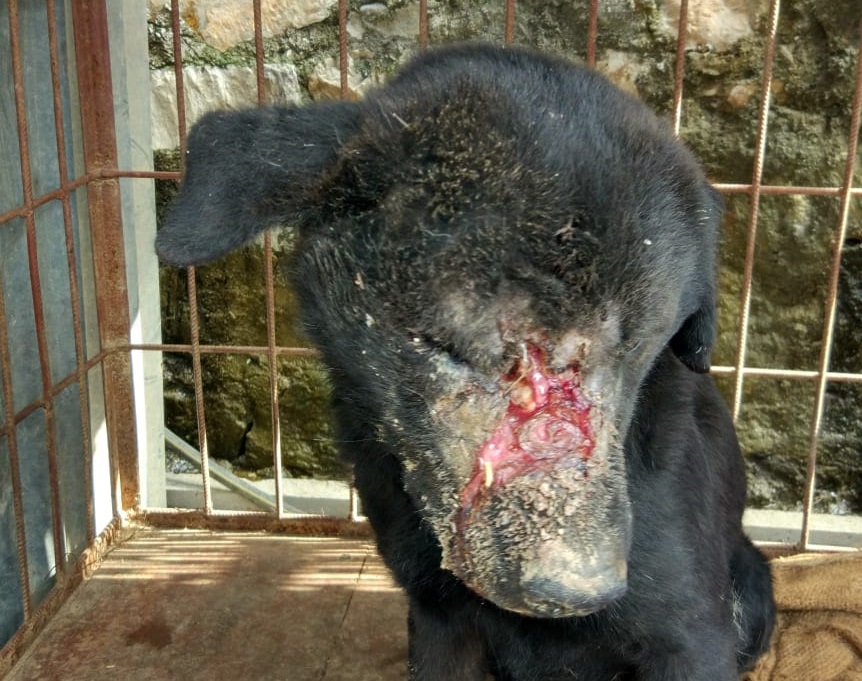