The Kathmandu Animal Treatment Centre (KAT Centre) was first envisioned after Jan Salter, the founder of KAT, visited the organization “Help in Suffering” in Jaipur, India.

Impressed with the way this and other animal welfare organizations have managed difficult street dog problems and eliminated rabies through Animal Birth Control (ABC) and widespread rabies vaccinations, Jan came back to Nepal convinced that Kathmandu, Nepal could also become a rabies-free, dog-friendly city.

The KAT Centre was registered as a non-profit, charitable animal welfare organisation in 2003. KAT officially opened its doors on 9 May 2004 and it has grown steadily since then. As we have grown, our location has changed several times, but the founding principals and our work remain the same:

Our site is based on its own land, giving us security for the future and the freedom to continue expanding our facilities when the opportunity arises.

We are constantly looking ahead and developing our long term strategy for the continued management and protection of the street animals of Kathmandu.

Today, KAT Centre is the biggest animal rescue organisation in Nepal by number of animals treated. As well as treating a large number of animals, we value quality of care and make animal welfare the priority.

With the help of our supporters, as well as the vision and determination of our staff and volunteers, KAT Centre now boasts some of the best standards of medical care for animals anywhere in Kathmandu. 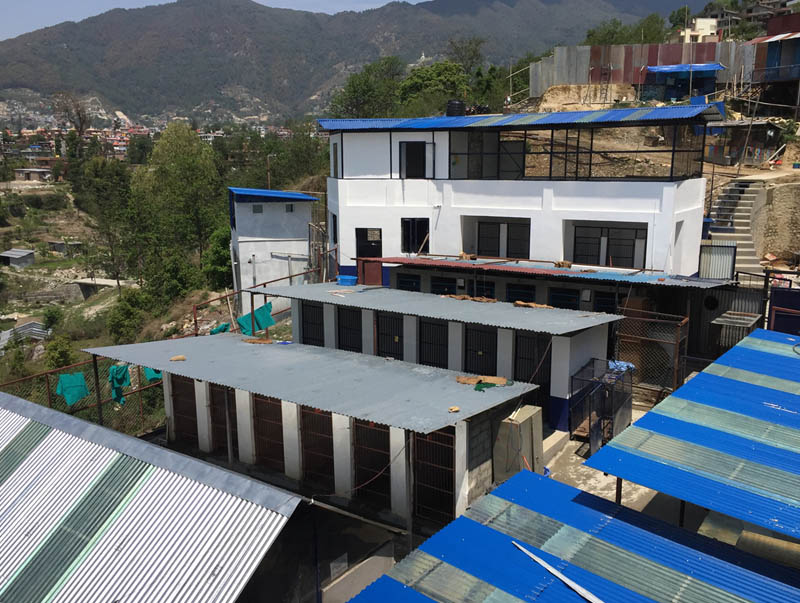 With surgery being an essential part of our work, both for animal birth control and for rescue and treatment, our operating room is well equipped with tools, medicines and everything required to conduct procedures hygienically and professionally.

With surgery being an essential part of our work, both for animal birth control and for rescue and treatment, our operating room is well equipped with tools, medicines and everything required to conduct procedures hygienically and professionally. 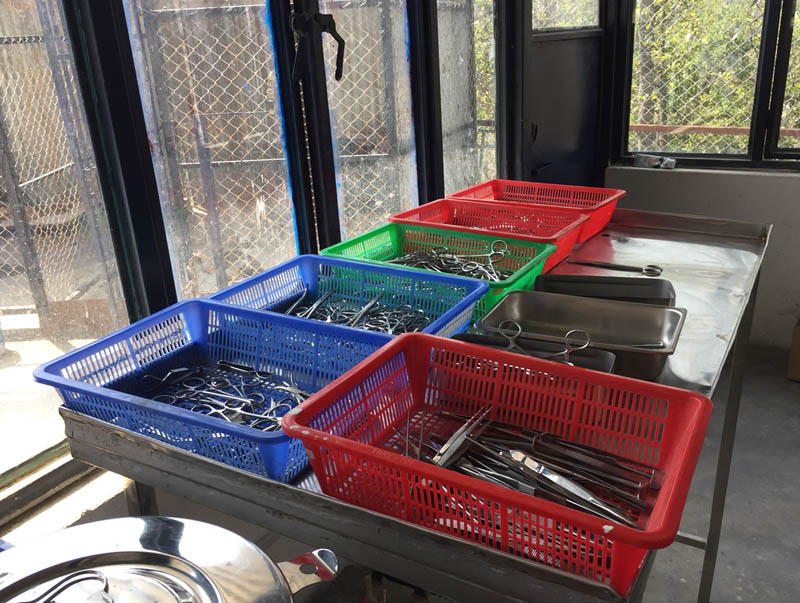 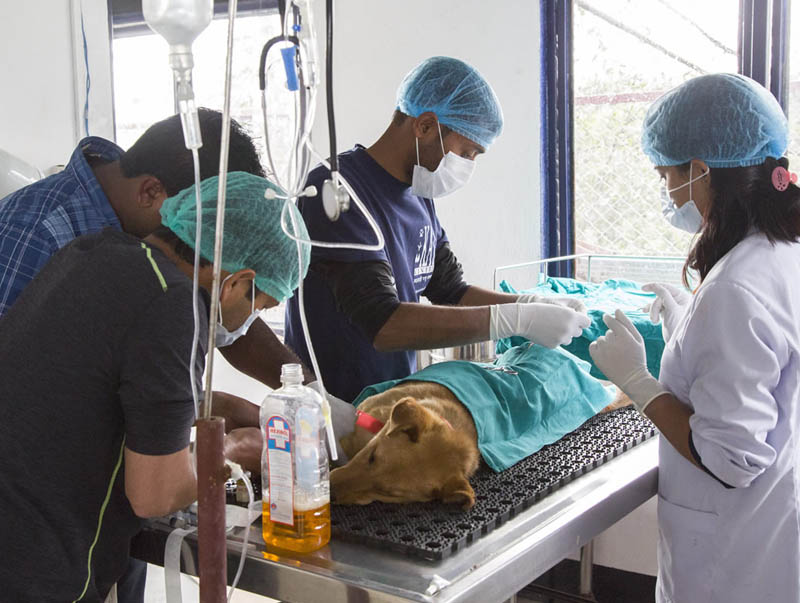 For the safety of our animals, as well as to facilitate feeding and monitoring, the dogs admitted to KAT Centre for treatment are housed in kennels, which are clean, dry, and on the whole protected from the elements.

Dogs who are long term residents are generally allowed to roam free around our grounds.

Alongside kennels for our adult dogs, we have separate areas for puppies. Some of these are quarantine areas – involving total isolation from other dogs (in the case of puppies newly admitted, too young to be vaccinated, and those showing signs of serious disease) while others allow vaccinated puppies to interact, as long as they are kept away from our adult dogs and those that may pose a threat to them. 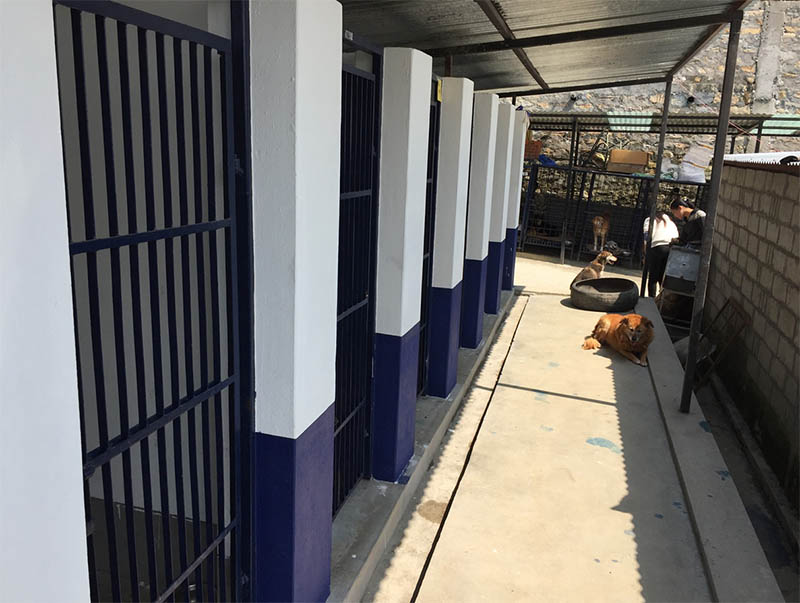 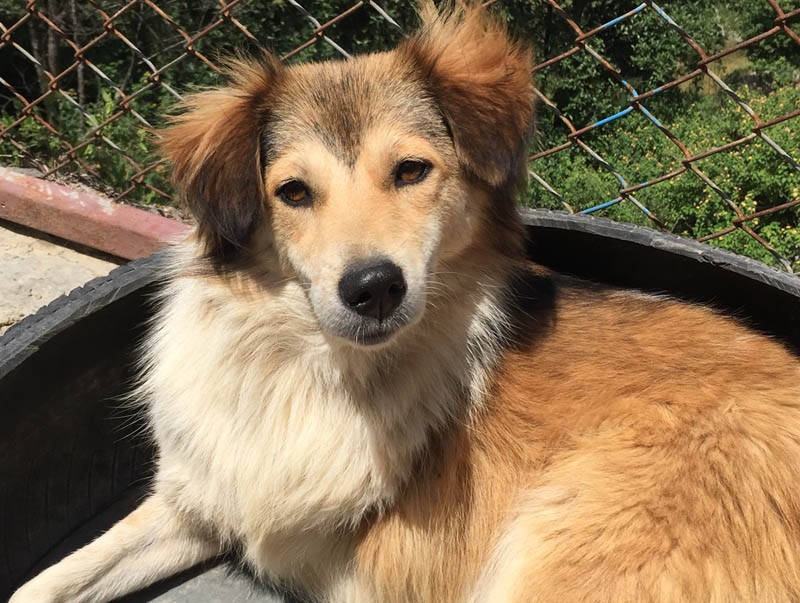 Please consider donating to our work – the more support we receive, the faster we can achieve our goals and expand our work across the whole city and further afield.

We are currently fundraising for new medical facilities, for instance; we have no way to x-ray dogs or perform complex blood tests.

For this reason your help now is more important than ever – we receive no funding from the government and are only able to do what we do because of your generosity.